Everyone in the city had an escape. The hunted, the stalked, the victims of their own device all rally to the point that speaks of freedom.  For the shortest of them the pot of gold slows down the journey.

Backpack rides low.   I have more weight than I should.   The sand grabs at my feet.  Wind hugs along it’s surface.   The sand sings a unearthly song.   More vibration than sound.
My eyes are keen to the presence of the others.   The tourists like ants just keep annoying me.

There should be two more like me out here.   There should also be a target.  That’s why we are here.   The target is important to someone.  This place among people screams it.   What would I have to do to be done publicly?  The money tells you it needs done.   But location, that’s the kicker.   Messages are sent out this way.  It’s always been that way.

I am the only idiot wearing pants.   Khakis and long sleeve shirt helps hide laying in sand. But walking I’m a brightly light sign.  A backpack doesn’t help.  I wish there were less people.   It seems uglier with each body that passes. Witnesses really cause problems.   No wick escape and witnesses. .. well less witnesses.

A large dune behind me. A flat sand field and distant ridges.   Openness is pretty. But nit productive.   I have a camp hidden below the ridge.   I’ve never been there.   I don’t know who will be there.   A large envelope with cash.   First to target gets its.   Second, thanks for coming. .. have a nice day!  I’m not looking at second.

The sun feels warm as afternoon burns by.  A distant figure is dressed like myself.   A ball cap hides an identity.   We are even. But I know he’s there.   He knows he is ahead of me.   I start a slow jog.   His path goes right past and back to campsite.   Or it should.

Deserts aren’t flat.   My boots catch more sand.   My ankles and knees protest.   Tan sand, now red.   Soft sand, coarse now.  The extra weight is starting to pull at shoulders.  Breathing is quick.   Mouth is dry as the air around me.   I hate working here.   My thought is the gun.   It’s dancing a bit.   She won’t last in sand gets inside.

The ridge is a couple hundred feet long.   Middle leans twenty feet higher than floor, back toward the much higher ridge.   It grows quickly.   Green plants push through the sand.   Some crawl up on the stone.   Planted like flags making territory.  A twisted tree marks the passage.

I stand still.   Breathing way too hard.   My ears hear my heart.  I can’t hear or see people anymore.   The stage is empty.   The daylight is unnerving but necessary.   The sand won’t enter between the ridges.  It’s gives easy passage but brings further sound.   Boots on rock, hardly prefect.   I tumble small rocks.   Ahead a hushed voice.

I hope it’s the other guy they speak of.  I hear movement.  It seems distant.  Ridge may be bouncing sound.  I stop and wait for more.   Minutes are hours.   I can only stomach a few of them.

A fifty fit spire shows itself.   Below it footprints in sand.   A small pair of tents. No people!   No people!

“You shit” I mouth to myself.

Eyes catch a small flame inside one of tents.   My gun find an empty hand.   My slink toward the spire.  The tent is another fifteen feet.  There’s a small box and envelope.

I give in.   Eyes on ridge.   Eyes on path on other side.   The envelope had my name on it.   Big letters read ten feet distant.  It’s a trap.  Its a fucking trap!   I hit the sand.   Panic has every sense.  The next thing that moves dies!
“It says happy birthday!   You fucking idiot!”
A voice calls to me.

A gun lands beside me from above.  Surprise parties, only thing worse than tourists.

Hope goes tumbling down the stairs.
The baseball bat in my hand.
Tomorrow, if it comes back. .
More of the same, it’ll be!
Vicious, ruinous rumors rise.
Raucous thoughts of change.
Misery drags bones out.
Flesh and muscle stay.
Flopping on the floor.
Wellness, willingness?
Are you kidding me?
Time ticks away changes.
Promised light filters shadows.
Dust doesn’t even float.
Hope leaves it too,
Behind, left to pick itself up
Again and again.
Hope sinks.

Isaac looked up.   He was watching his building.   It’s amazing how buildings are constructed.   It was thought the new security system was going to be complicated. Three hundred year old buildings weren’t made for high speed anything.

But this was different.  Isaac just left the buildings office.   You learn a lot about your lease the wrong way.  It all started innocently.

“Mrs Jones, Isaac Meyers in 301.   I lost my keys and need help getting back in my apartment.”

“Mr Meyers will have the workers go in your window.  But you need to sign here for the charge.” Her finger stuck into the document.

The conversation rolls through his mind.   Above him a $300 fee looks …..like well, crazy.

Of course, this is best aggressive dog link I could find.   Mostly because it’s positive about correcting the behavior.   The dog is not the major problem, but a symptom of lack of socialization.

Into every life a dig will come.   Hopefully on good terms.   However, if things go bad there are simple strategies to help avoid disaster.

Dogs are territorial!  If you enter, their job is to make sure you belong.   Distance yourself from their home can alleviate the threat the dog perceives. Why does that matter?   The sidewalk isn’t taught to every dog.  They don’t understand easements.  You’re in there yard.

Dogs sense fear!  Oh please!   They great your heart rate and breathing accelerating!  They hear really well.   You’re eyes get really big when you’re excited.   The dog sees that as aggressive behavior.  If you state at dog, your oversized eyes make a strong challenge to the dog.   If you encounter the same dog on a walk, jog, bike ride talk to it.  It’ll make you more relaxed.  It gives animal reference to you, it’ll learn your behavior.  Somewhat, you still a stranger.

Body language.   If your significant other (this lacking one think mother when you were kids) was angry with you what postures would you see.  A dead stare.   A curled lip or brow.  Stiff body positions?   Ridged arms crossed almost frozen?  How about leaving toward you?   Well food don’t cross arms, but they lean.   They become frozen.   Hair on the back is a bad thing.   A tail that didn’t move is very bad.   Dropped tail and raised shoulder means it’s coming at you.  Snarling is obvious aggressive.   But jumping at fences and Windows should be considered aggressive too.   Larger dogs can break windows or jump standard height fences.   Avoiding the animal is best.   Crossing the street if you can.

Dogs are much faster than you are.  You never turn your back on an aggressive animal. You’re giving a great target.   You’re encouraging the chase response in the dog. You have no idea of what is happening!

Yell at the dog.  Few dogs have no training.   Sit, lay down, go home. … yelling these as deep voice as you can.  Your goal is to delay an attack.   Do it long enough backing away, than you can control the encounter.

Larger dogs cause more damage.   But labeling breeds is a disaster.   Police, EMS workers, paramedics, first aid providers rarely are given dog breed training.   So every boxy jaw dog is a pit bull.  No, it’s not.  Every Shepard is a “one person dog”, nope!  Dogs are social animals.  They learn a place in the pack.   They behave based on their tendencies and training.   They have personalities like people.   Good people, bad people and good dog, bad dog.   Don’t assume need matters.   At one time,  cocker spaniels were listed as the number one biter in the US.  Based on records in New England from hospitals.   Did anyone ban them? Are there more cocker spaniels there than in Denver?

If you come in contact with a strange dog.   Don’t put your hand or face into it’s face.   You wouldn’t do it to the dog’s owner.  The dog has no where to run on a leash.  Respect it’s space.   Ask the owner to pet the dog.  They know if the dog likes people.

I have spent eight years training my fellow US Postal workers how to avoid dog bites.   Simple training reduced dog bites by about ten percent.   They aren’t fool proof but guidelines.  Animal ownership carries responsibility.  I have a houseful of rescue animals.

On side of maintain 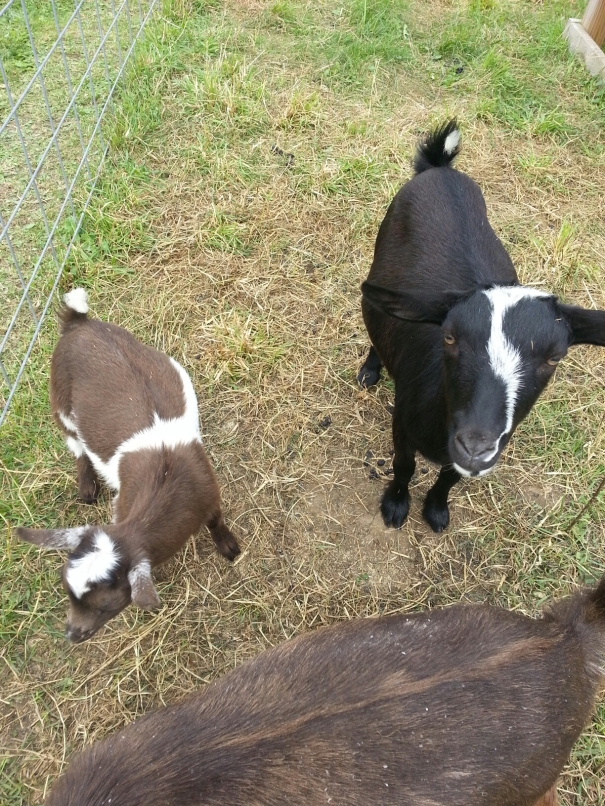 It can even get your goat.

Challenges?  Who doesn’t love a good challenge.  But oh dear God?!  What the hell is a straight take on my best qualities?   Vanity surely rests at this web address.  But it’s really best sneaking through the weeds, or hiding in a shadow. … that shadow that doesn’t have an obvious light casing it.

I’m mean there’s a great comfort in the edge of darkness.   Not that it hides all the bad things, but you are forced to explore it.  Curiosity demands you step into the twilight areas.   Even if you just poke your head around that corner.   The line from “Dirty Harry”, “I’s just got to know” fits snugly here.   Shadows allow every thing your mind can create to come home.   Your vision betrays you.  Your smell and hearing go crazy at a hint of anything.   Touch is limited to safe things like walls, other people who came into the darkness with you.  Look around you now.   Has your mind come to my dark place.  Hopefully, you’re not alone.   But if you think you are. .. sure it must be true. ……

The setting of a place, descriptive writing and view points are what I feel highlight my qualities here.   Vanity allows multiple answers here.   But my shy quiet writer side resists.  My public speaking past tells me that communication is the preferred trait.

Distant Voices from Outside World